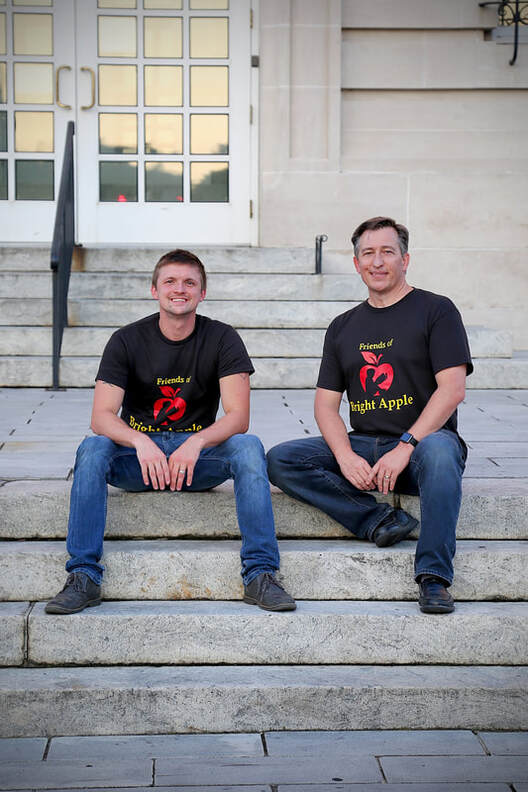 In a Sunday morning church service in August of 2019 Bradd Kimes was prompted by the words, "Feed My Children." Rather than sit on those words, he began to pray about what that might look like.

​On Tuesday of the same week Bradd walked into a conversation Michael Baker, a local children's pastor, was having with McDowell Elementary School's principal regarding a need for extra food for her students.
​
Dr. Brekon Pennell, the school's principal at the time, told Bradd that there was a real need for her students to have a snack during the day. Many of these students have lunch as early as 10:20 am and go home to a food shortage. Concentration by the afternoon was a struggle.

By Friday the first order of snacks was on the way from a Tennessee distributor to McDowell. At first, it was a self-funded endeavor, but it was soon obvious that the need was much greater. In November 2019, Bradd and his wife Charity along with Michael Baker, formed Bright Apple, a 501(c)(3) nonprofit.

Since the formation of Bright Apple over 300,000 snacks have been given to children in Maury County. It has become a community effort to take care of the children most in need. The principals identify the students in the greatest need and Bright Apple ships boxes of apples, bananas, carrots, granola, etc. directly to the schools. A school representative makes sure that students are no longer going without.

˜We focus on feeding children so they can focus on learning.